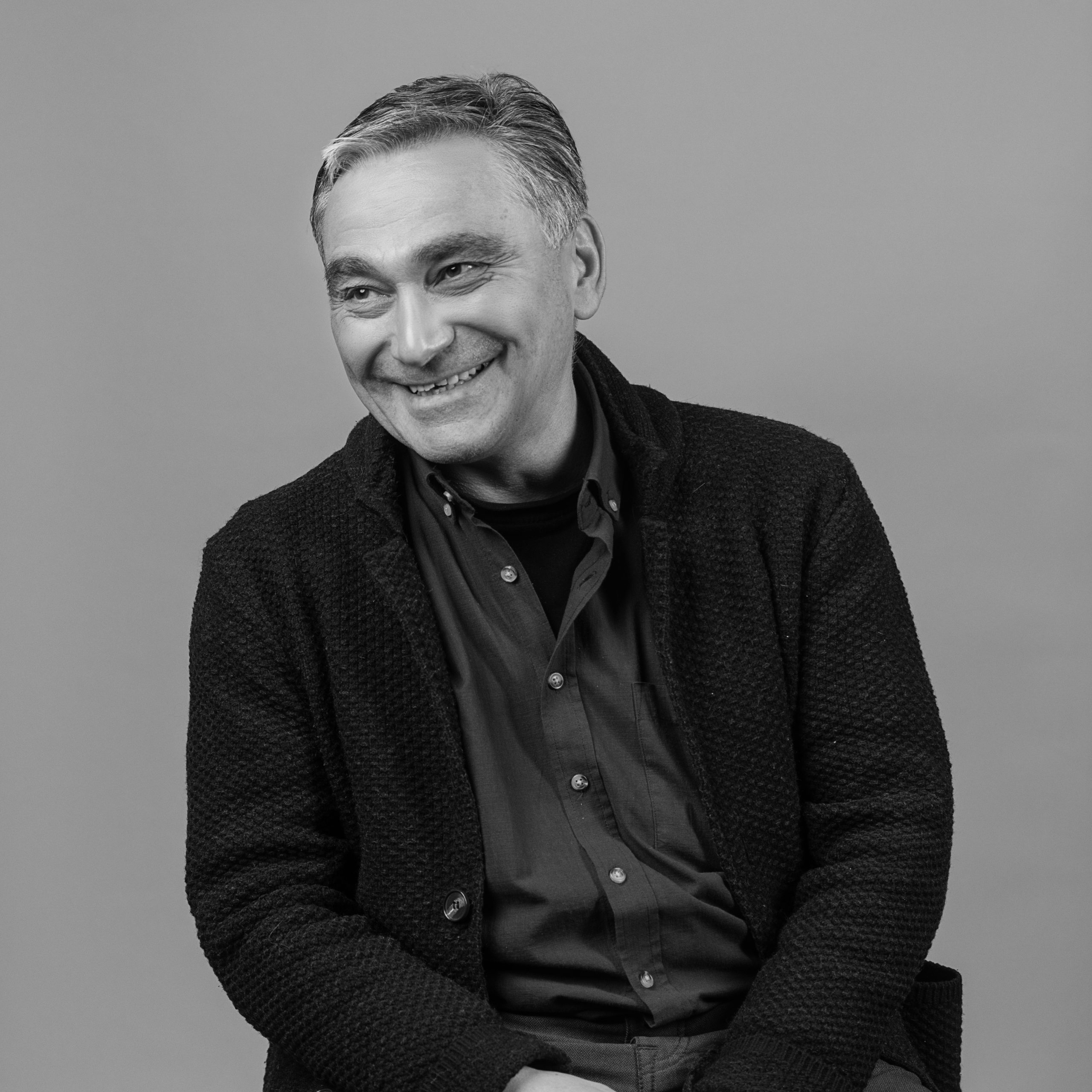 (Born in 1964)
Movie Director and actor, Beso Solomonashvili has graduated from Tbilisi State Shota Rustaveli Film and Theatre University. He has directed several short-films “Vernissage,” “Bloody Scenario,” “Detonator” and a feature film “Garden in the Conflict Zone.” Besides that, he has worked on Documentary and Biographical movie series – “About the First Republic.”

Beso Solomonashvili has a profound knowledge and sense of Georgian history, especially of the times of Russian-Georgian conflict, Pre-Soviet times and Soviet Union struggle. He is truly one of the distinguished contemporary Georgian authors, with his remarkable style of narrating. In his stories, there is a click, a turning point, when a reader is unable to leave a book and wants to dive in and experience the emotions of characters as of its own.